My Castellini – by Dr Michael Norton 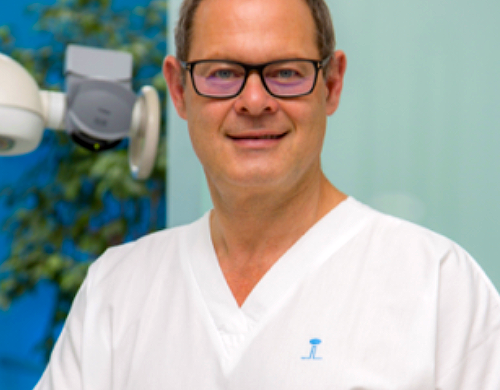 Dr Michael Norton BDS FDS RCS(Ed) was the first UK dentist to install a Castellini Skema 8 Continental when it launched in December 2018 – and was one of a few selected European Clinicians who undertook a clinical trial on the chair. Here he talks about ‘My Castellini’.
Why can’t you live without your Castellini chair? Name the top reason you love it

Why did you opt to buy a Castellini chair?
In order of importance to me was first and foremost its safety features – particularly those relating to decontamination and cross infection control. The auto sterile feature and the fact that all the handles, bits and bobs come off and can go into the autoclave, that for me is the key thing – the number 1 reason and all the more pertinent now! Number 2 was the equipment itself – the sheer range of equipment options available is impressive.

The legacy of the brand is also very important to me. I bought my first Castellini chair in 1997 and I have always been one of the first to buy the new, top end chairs from Castellini. In fact, I was often involved with them in testing out the chairs for the company. Back in the 1990’s the company produced a chair called the LOGOS chair. This had an integrated cardiac monitor which was a really useful feature for me as I perform a lot of treatments under sedation. It also had an integrated auto-sterile system which has continued to be available through the years of Castellini, and has since been copied by other chair manufacturers.

As a practice that specialises in treating patients with implants, it was great all those years ago to be able to buy a chair that had an integrated implant motor with torque control – in fact Castellini was one of the first companies to provide a chair with an integrated implant motor. Along with the implant motor, it also has a facility to deliver sterile saline through the chair. It is now a common feature on a lot of chairs, and ideal for people like me who perform a lot of implants, but Castellini was one of the first to offer that integrated facility for implant surgery. And given my position as an implant surgeon, that was a big selling feature for me. My respect for the brand stems from that time.

Do patients comment about the chair?
They certainly do. A lot of patients will comment on the fact it looks very high tech. As things have developed over the years with integrated computer screens and digital technology, they have noticed how high spec and high tech the chair looks. The chair is such premium quality – so they often comment on how nice and new it looks. It is such an integral part of my treatment outcome so of course I also take great care with it, so it looks well-kept too.

How does the chair represent your style?
It is a very good question as it does reflect my style! It reflects my style on a number of levels. First and foremost, the safety and the cross infection control. I am a bit OCD when it comes to maintaining a clean working area. So it reflects me in that respect. I think I am probably quite well known for my very high tech approach to implant surgery. So you have to have the best equipment to undertake that kind of work. When patients, or other practitioners, have been to my surgery, they comment on how unique it looks. It has been applauded by so many different visitors. The practice has a very high end design and obviously you want a chair that has the beauty and aesthetic appeal that fits in with a beautiful practice. The Castellini chair complements that very well.

If your chair was a car, what car would it be?
It would be a cross between a Ferrari and a Volvo. The beauty of a Ferrari and safety of a Volvo.

If your chair was a fashion design, what would it be?
I would say Ermenegildo Zegna. A historical fashion house, also Italian, that boasts a century of success in the precious woollen fabrics sector and in luxurious menswear.

If your chair was a watch, which would it be?
A Patek Philippe

What projects are you working on at present?
I am always undertaking clinical studies in the practice. My publications in the implant literature are well known to anyone in the implant world. I am about to embark on a new study hopefully, at the end of April. I have just received approval from the Medicines and Healthcare Products Regulatory Agency (MHRA) and have ethical approval for it. This is going to be a study involving 15 patients, and has the potential to totally revolutionise implant dentistry. I am working with a company from Boston which has a completely new concept in the way you place an implant, which will not only be relevant to oral surgery, but it actually has huge potential relevance to orthopaedic surgery. Anything that involves bones: repairing bones, fractures, placing implants – whether they are dental implants, or whether they are hip or knee replacements.

About Michael R. Norton BDS FDS RCS(Ed)
Michael Norton graduated at the University of Wales College of Medicine Dental School in 1988 with distinctions in general medicine, surgery and oral biology. He then obtained his basic training in Oral and Maxillofacial Surgery at Cardiff, St. Thomas Hospital London, and the Royal London Hospital. Michael subsequently fulfilled the requirements set out by the General Dental Council, to be registered as a specialist in oral surgery. He held the position of Honorary Associate Specialist to the departments of Oral and Maxillofacial Surgery at Charing Cross Hospital, London and at Bedford General Hospital, from 1991 to 2001. In this capacity Michael undertook part-time work on a purely voluntary basis providing his implant based skills to the most vulnerable and needy patients such as those who had received treatment for oral cancer or lost teeth due to systemic disorders such as Sjogren’s syndrome.

For over 25 years Michael has led the way in implant dentistry in the UK becoming one of the world’s most respected educators and researchers. His considerable portfolio of peer-reviewed research has been widely cited, and he is one of the most sought-after lecturer’s in his field. In 2007 in recognition of his expertise in the field of implant dentistry, Michael received the prestigious honour of being made a Fellow of the Royal College of Surgeons, Edinburgh, without examination. Such an award is bestowed upon only the very few and only in recognition of a significant contribution to their chosen field. Additionally, Michael was on the Specialist Advisory Board of the Royal College for the establishment of the Diploma in Implant Dentistry, for which he was an examiner during its early years.

In 2017 Michael was the 31st President of the Academy of Osseointegration and the first ever non-American President of this global organisation. Such a position ranks him amongst the most senior clinicians in his field both in Europe, the USA and further afield. He has been a member of the Board of Directors of the AO since 2006. In 2005 Michael was awarded Fellowship of this premier international implant organisation. Michael is also a Past President of the Association of Dental Implantology (ADI, UK) and in 2011 was made an Honorary Life Member for his services and dedication to the ADI.
In 2013 Michael was made Adjunct Clinical Professor to the Department of Periodontology at the School of Dental Medicine at the Ivy League University of Pennsylvania. In this capacity Michael continues his educational role contributing to the training of postgraduate residents as well as continuing with his research in collaboration with his colleagues and residents.

Michael is also known to play a major role in the education and training of his dental colleagues through his international lecturing and his much sought-after courses. He has been a prolific publisher over the years with numerous contributions to leading peer review journals, and through his classic textbook Dental Implants – A Guide for the General Practitioner which was the first by a British clinician on this subject, published in 1995. Michael is currently the Associate Editor of the International Journal of Oral & Maxillofacial Implants, which is considered to be the leading dental implant journal in the world He also acts as a referee for numerous other titles including the British Dental Journal. Until 2010, Michael co-owned, edited, and published the journal Dental Implant Summaries.

During this uncertain time, we are offering an out of hours service for clients, in order to reduce the number of people within your practice at any one time. We understand the responsibility to keep contact to a minimum.  Together we can help combat the growth of the virus within our community and at the same time keep your facility operational. Read our full statement here

OUR FRIENDLY UK BASED SALES AND TECHNICAL TEAM ARE READY TO CHAT. 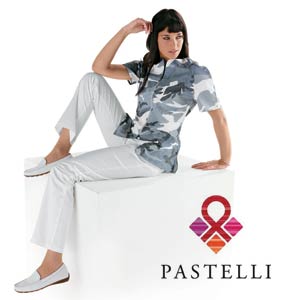